In 2013 we contracted with Stuttafords Van Lines to pack and ship all of our household contents from SA to the UK. The goods were packed (or so we thought! ) and collected on 13 August 2013. The shipment arrived at the port on 10 November 2013 and after repeated requests to Stuttafords and the local agents, J White, the load arrived, a day earlier than promised, on 11 December 2013. On querying the delay in delivery in the UK we were told by Stuttafords that we should have asked for a special quote for delivering the goods quicker in the UK. This in spite of us having been quoted for and paid for a door to door service and no mention ever having been made of possible transport delays after off-loading at the port.

The first thing we were told when the delivery truck arrived was that our armchairs had their legs broken off due to bad packing by Stuttafords. It soon became apparent that this wasn't the only problem! Boxes containing fragile crockery were stacked upside down (in spite of being marked "This Side Up"), numerous cartons that we had stored our goods in had just been stuck into a Stuttafords carton without being wrapped or packed properly, glassware had been packed under heavy items like fans & typewriters, items were missing from their Inventory list, paintings had not been wrapped as promised, goods had got damp and the dining room tabletop was dented and scratched. We can accept that there will probably always be some minor damage or breakage when shipping goods but not when it is due to negligence.

Our claim forms were sent to Stuttafords a few days before Christmas and were apparently only forwarded to their insurers, Trey International, a few weeks later - no rush then! After repeated requests to Stuttafords we have still not had a satisfactory answer as to why our goods were not packed properly and why we were charged for this non-existent service. Repeated requests to Trey International finally led to an answer, predictably declining our claim, on 14 February 2014.

Six months later and still no chairs to sit on! Thanks Stuttafords and Trey- we really regret the day we ever heard of you.
Next time we will certainly do our homework a bit better like checking on the internet where these two companies seem to appear pretty regularly. 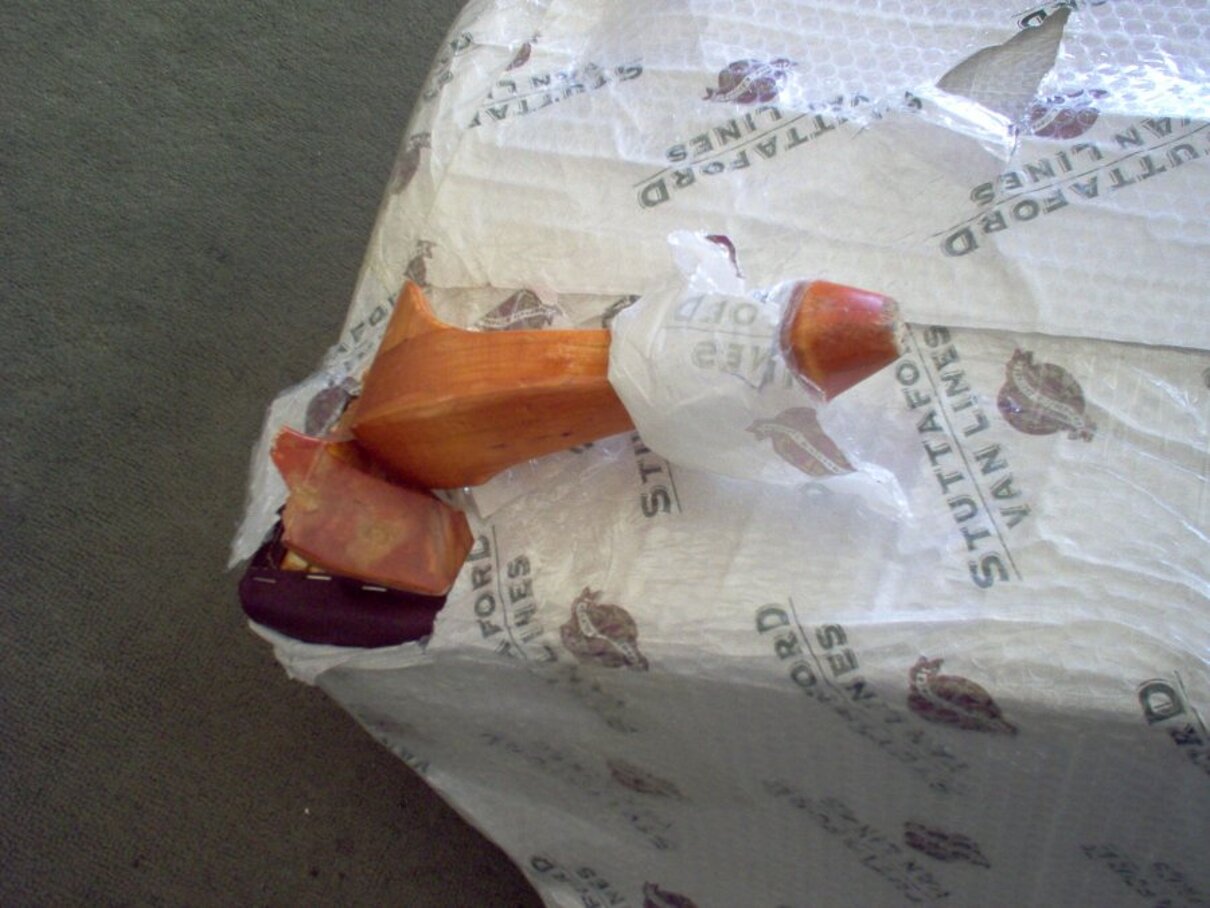 Stuttaford Van Lines
Stuttafords, the worst move you can make

Stuttaford Van Lines
I Will Never Use Stuttafords Again

Information
Members, of group Guest, can not leave comments on this publication.
Please register on our website, it will take a few seconds.